Modern pacemakers and ICDs (Implantable cardioverter-defibrillators) are designed to resist electromagnetic interference from a wide range of sources. You don’t need to worry that your pacemaker will stop or make your heart go haywire if you get too close to a microwave oven.

That’s not to say that you should knowingly expose your pacemaker to magnets and sources of electromagnetic fields. Prolonged exposure can still cause problems.

The electric pulses are sent from a generator inserted under the skin, through leads and to electrodes connected to the leads.

If a strong enough magnetic or electromagnetic comes close to your pacemaker or ICD, it can affect how electric signals are transmitted from the generator to the electrodes. This can cause two problems.

One, it can scramble your pacemaker’s programming. Each person’s pacemaker is programmed different depending on their heart condition. This scrambling can cause your heart to beat at an irregular or incorrect pace.

Two, it can interfere with the signals, preventing them from reaching the electrodes.

Modern pacemakers are designed to allow patients to live a life that’s as normal as possible. This includes not constantly worrying whether they are too close to a source electromagnetic interference.

Manufacturers integrate various technologies in pacemakers to keep out electromagnetic interference or safely deal with them while maintaining proper functioning of the pacemaker.

These include non-magnetic shielding on the pacemaker generator and leads, filters to block certain radio frequencies and the use of bipolar leads, which are less susceptible to interference compared to older unipolar leads.

Modern pacemakers and ICDs also have programming that responds and adapts to the presence of an electromagnetic field.

This prevents your pacemaker’s programming from getting scrambled or affected in any way, and ensures your heart keeps beating normally.

ICDs work a bit differently. Because they only jump into action if your heart needs shocking, there isn’t a default programming mode.

What happens instead is that the presence of an electromagnetic field triggers a switch that tells the ICD to ignore heart rhythms. That means the ICD will not do anything even if it detects an abnormal heart rhythm.

This protective mechanism ensures electromagnetic interference does not accidentally make the ICD shock you.

Just because there are all these systems and programming to protect your pacemaker or ICD from interference, it doesn’t mean that you don’t need to take any caution.

These protective mechanisms can themselves be unsafe to your heart. You don’t want your ICD to stay switched off for too long. In case you have a cardiac arrest, it won’t help. For pacemakers, you want it to maintain the right programming that’s designed to keep your heart functional.

Your doctor has probably already advised you on electromagnetic safety. If you are not sure which precautions to take, talk to your doctor.

The good news is that everyday devices and appliances are not a big danger. These electronics have a weak electromagnetic field so are unlikely to affect your pacemaker. You just need to be careful not to have EMF-producing devices too close to your pacemaker generator.

For example, don’t carry your smartphone in your shirt pocket and definitely don’t fall asleep with your phone, tablet or headphones lying on your chest. When talking on your phone, hold it up to the ear opposite the side where the pacemaker generator is located.

We recommend buying an EMF meter and use it to check for sources of electromagnetic fields around your home. Focus especially on strong EMFs. Check things like your router, microwave (see if there’s any leakage when the door is closed), radio and television.

You can also use an EMF meter to check for interference from nearby communication masts and cell towers, though these are low-risk sources since they are far away.

Generally, the level of risk depends on the strength of the electromagnetic field, how close you are to the source and exposure time.

So if you suspect or know something produces electromagnetic interference, try to keep distance. If you have to get close to it, spend as little time as possible near it.

Here are some common sources of electromagnetic fields.

Remember that many household products like TVs, radios, Bluetooth speakers, microwaves and others also produce EMF but pose little to no risk to your pacemaker when used normally. 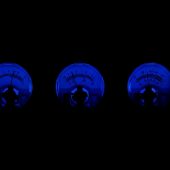 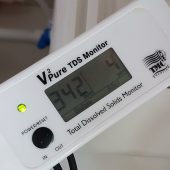