Two things to keep in mind when deciding where to place a carbon monoxide detector is detection effectiveness and the ability of everyone in the house to clearly hear the alarm in case of an emergency.

Based on these requirements, the general recommendation is to place a the detector near sources of carbon monoxide such as a gas furnace and close to where family members spend most of their time such as near bedrooms.

Since CO is slightly less dense than air, it is logical to install the detector at a higher place (head height or higher). Ideally, an alarm should be installed in every room containing a fuel-burning appliance such as stoves, ovens, furnaces, boilers, water heaters and fireplaces.

Here are some guidelines one where exactly to install the detector.

Additional apparatus like remote alarms may be installed to ensure adequate warning is given to occupants in other rooms where they spend most of their time awake (sitting or dining room). It is also crucial to place CO detectors as close as possible to where everyone sleeps.

If your home has multiple levels, there should be a carbon monoxide detector on every floor.

In cases where there are fuel burning appliances in more than one room but the number of detectors is limited, one can install them at these strategic positions:

These guidelines are applicable to detectors that are mounted in fixed locations like the Honeywell XC100D, Kidde 4MCO (hardwired), BRK Dicon CO850Mi and the First Alert CO400 models.

For hardwired models like the Kidde 4MCO (hardwired)andBRK Dicon CO850Mi, you can also link them to other remote alarms to provide sufficient warning throughout the house.

Portable detectors like the 7-year FireAngel CO detector are handy if you have multiple sources of carbon monoxide around the house.

You can carry it to the garage when working on your car, put it in the living room when you are using the fireplace or use it in any room whose CO levels you need to monitor.

Just ensure that the detector is at a vantage point and not too close to the potential source.

Caravans have additional risk of CO ingress through air vents from the vehicle’s engine or generators. Carbon monoxide from a close by barbeque can also get in through the vents.

This does not change the basic guidance of location of the alarm. Singled room caravans can be treated as bedsits. The alarm placed closer to sleeping area but further from cooking appliances or sinks. Any sleeping accommodation which is in a separate room from the combustion appliance(s) should also have an alarm.

Where NOT to Place a Carbon Monoxide Detector

As much as it is important to know where to correctly install carbon monoxide detectors, it is also good that you know where NOT to install them. This prevents faulty readings that may raise false alarms or damage the device.

Avoid placing a carbon monoxide detector in these areas.

The above are just general guidelines and recommendations. Your carbon monoxide detector may come with more specific instructions on placement and operation. Make sure you read the product manual and contact the manufacturer if you have any questions or concerns. Check also our article on how to dispose of a CO detector. 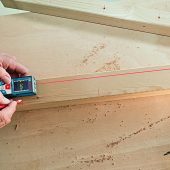 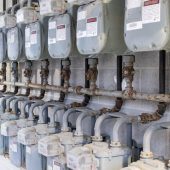