Home
Electrical
Socket Testers
How To Wire A Plug Socket From A Light Switch?

Before you ask, yes it is safe to have a plug socket and a light switch on the same circuit. So don’t worry about wiring a socket from a light switch. If it’s more convenient that wiring directly from the breaker box, go ahead and do it.

But you must do it right, ensuring you connect the right wires to the right terminals. Here’s a quick DIY guide on how to wire a plug socket from a light switch.

Note that this guide applies for one-way switches. But the concept is generally the same for other types of switches.

Use a screwdriver to open the switch box cover, being careful not to touch any metal terminals.

Don’t turn off power yet from the breaker box. You’ll need to identify the right hot wire from the mains.

When you open the switch box, you’ll find two cables connected to the switch, a brown and blue one.

The brown cable is usually the live one coming from the breaker panel while the blue one is neutral. The blue wire may have brown tape wrapped around it showing that it is acting as a live wire that carries power to the light switch.

Once you identify it, turn off power to that light switch from the breaker panel. If you are not sure which is the right switch to turn off in the panel, turn off all power using the main switch.

You’ll also notice two other wires. An earth wire connected to the earth terminal. This wire will have a green and yellow sleeve. In some switches, the earth wire may be bare.

The other wire is actually a pair of two wires whose ends are joined in a cap or a plastic terminal block. These are the neutral wires that connect the light fixture directly to the breaker panel.

Setting Up the Outlet

The most convenient place to set up an outlet is right below the switch. This makes it easy to drop new wires from the switch to the outlet behind the drywall.

Depending on where you want to place the outlet and the type of wall you have, you may have to dismantle part of the wall to run the wires.

Make the opening for the outlet box but don’t insert the box first. Run the cable from the switch box down to the outlet box. Make sure you use the same wire gauge as the one used for the switch wiring.

Connect the new cable to the existing switch wires. You’ll need to splice and strip individual wires for neutral, live and earth.

Add the neutral wire to the two neutral wires for the switch and secure them with a terminal block.

Twist together the new earth wire with the switch earth wire and connect them to the earth terminal in the switch.

Put back the switch cover.

Put in the new socket box and pull the cable through it. Splice and strip individual wires and connect them to the right terminals on the socket.

Screw the socket into place and turn power back on.

Switch on the light to see if it’s working.

You can plug something into the socket to see if it’s working. But a safer way to test the socket is with a multimeter or using a socket tester.

It’ll not only tell you if the socket is live but also whether it has been wired properly.

Any other tips on how to wire a plug socket from a light switch? Please leave them in the comment section below. 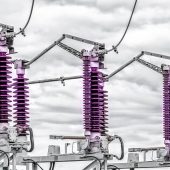 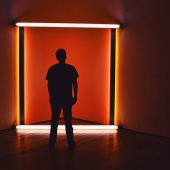