These forces are present everywhere in everyday life – opening a can, pushing a button, pressing a vehicle’s brake pedal and so on.

Measuring the amount of force it takes to pull or push something to a particular outcome (e.g. until it breaks, moves a certain distance or activates) is important in many areas such as manufacturing, quality assurance, research, and safety testing.

You could use a mechanical force gauge, which displays readings on a physical scale using a needle.

But a digital force gauge has several advantages. Because there’s no human error when taking readings (the display shows the precise measurement), it’s more accurate.

It’s also easier to use and comes with added functionality such as data storage and transfer.

How Do I Choose the Right Digital Force Gauge?

The best digital force gauges depend on the kind of testing you plan to do.

If you’ll be measuring high forces, get one with a high max load. Digital force gauges top out at 500N or 50kg.

If you’ll be measuring smaller forces, a digital force gauge with a lower max load and higher resolution (meaning it can measure smaller force increments) will be more accurate. You can get high-precision force gauges with max loads as low as 2 Newtons.

Also consider whether you want a handheld digital force gauge or one that comes complete with a test stand.

A handheld gauge is portable and versatile, making it the best choice for most people. But if you’ll be working in one place or testing objects that need to be held down, then a force gauge with a test stand is a better choice.

Don’t forget to check the attachments it comes with. The best digital force gauges come with six attachments or probes, allowing you to carry out push and pull measurements on different kinds of objects.

How to Use a Digital Force Gauge?

Because each model is slightly different, be sure to read the user manual before you operate it.

Get familiar with all the functions such as changing units, measuring maximum force, and setting an over or under alarm.

In an industrial or professional environment, they may be certain protocols you need to follow including checking accuracy and calibration.

Before using the digital force gauge, make sure it has power. If it uses a rechargeable battery, charge it fully before measuring anything.

Next, determine which attachment you’ll need to take measurements. Most force gauges come with an assortment of probes for different kinds of tests.

Hooks are for tension or pull tests, while flat probes are for compression and push tests.

If you are measuring an object that’s hard to reach, use the extension shaft that’s included with most digital force gauges.

The next step is to program the force gauge settings to your preferences. Here are some of the most common settings.

How Do I Calibrate a Digital Force Gauge?

Most digital force gauges do not have a user-accessible calibration mode, where you can adjust the device’s measurements.

The only thing you can do is check the accuracy of the gauge using a known weight. Calibration weights sold for calibrating scales, should work just as well for checking the measuring accuracy of a digital force gauge.

If it’s not measuring correctly, your only option is to send it to the manufacturer for re-calibration or a third party lab that offers calibration services.

Can You Use a Handheld Digital Force Gauge With a Stand?

Check the user manual to be sure, but many handheld digital force gauges are designed to also work on a test stand.

You’ll need to buy the test stand separately and then attach the gauge to it.

Alternatively, you can buy a digital force gauge that comes together with a test stand.

Here’s a video showing how handy a test stand can be when measuring certain objects such as those that need to be held down. 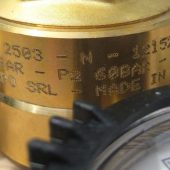 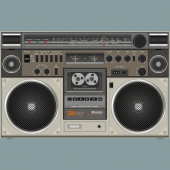